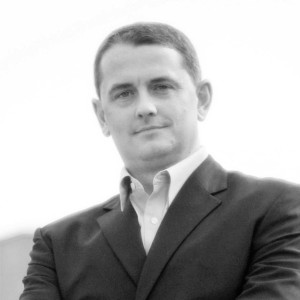 Architect, NBBJ
As partner-in-charge of NBBJ’s Shanghai and Hong Kong offices, Eric oversees operations, manages business development and guides the long-term growth strategy for the firm’s Asia practice. Living with his wife and daughter in China’s most dynamic city, Eric has dedicated his life’s work to building the next generation of urban environments for the men, women and children of the world’s most populous region.

The world currently faces an unprecedented challenge, as societies around the globe struggle to move from historically rural roots toward a concentration of their populations into cities. Accordingly, architects, urbanists, engineers, politicians and policymakers must expand and drastically improve the debate of how we will design urban environments that enable a better physical, social and economic life for the 21st-century urban dweller.

Nowhere is this more urgent than in China. In December 2012, China broke the 700 million urban-resident threshold. For the first time in China’s very long history, the urban population exceeded the rural population, with city-dwellers accounting for over 51% of the total population. Compounding the urban expansion challenges, 260 million migrant workers — more than 85% of the total US population — ebb and flow between rural and city lives, yet lack basic city services due to the country’s extremely restrictive “hukou” household registration system.

On December 13, 2013, at arguably the highest-level meeting Chinese leadership has ever convened on the topic of urbanization, Chinese Premier Li Keqiang pledged proactive moves by the Central Committee to push forward what he termed as “human-centered” urbanization. Premier Li stressed a focus on the quality of urban living standards for all residents, as a way to unleash the huge potential in domestic economic demands, lift productivity and, maybe most importantly, break up the dualistic city-country economic structures that hinder the country’s social integration.

Considering Premier Li’s goal of “human-centered” urban development, I’d like to explore a series of ideas and provocations on how the design community can amplify the vital links between physical form and the communal characteristics of cities — beginning with density.

Arguably China’s most international and dynamic city, Shanghai, the city I proudly call home, is an accumulation of extreme contradictions. Representing the best and potentially some of the worst examples of what a 21st-century city can be, Shanghai has for many years been looked to as one of the world’s best urban laboratories. A visitor’s first encounter with Shanghai can come as a shock: the extreme density and overall scale of the urban environment overwhelm the senses.

If we analyze the density per square kilometer, a complicated picture emerges. Shanghai, although twice the population, is only ¼ the density of New York City and approximately ½ the density of London. These numbers, however, are extremely deceiving, due to the expanded metropolitan land area that constitutes the overall Shanghai urban region — much of which is low-density, inner-ring suburbs and farmland at the outer edges.

In contrast to these low-density edges, the urban environment that people associate with Shanghai is dominated by extreme density, where more than half of the city’s population lives on approximately 5% of the total land area. Thus, the actual living condition of the majority of Shanghai residents is two to four times denser than that of New York City and London, respectively.

As we look to Shanghai’s future and, in turn, the future of urban China, we must embrace extreme density, preserving the  natural landscape beyond the city center while also nurturing the urban vitality of the world’s greatest cities. We must balance the need for high-density community living with the creation of active public spaces and city-wide sustainable strategies that, when implemented together, enable long-term healthy city regions.

Yet density must also ensure diversity and affordability, without segregating populations into areas solely inhabited by the poor and underserved. We know that when done correctly, urban density intertwines economic, social, cultural and demographic diversity, creating conditions where boundaries are broken down and the lives of many are influenced by interaction of others.

To see a great example of this type of social interaction one need only walk the streets of traditional neighborhoods in Shanghai where the alley, the street and the plaza intertwine to redefine the boundary between public and private life. Density is not seen as an inherent problem or challenge to life’s daily practices. Rather, density is a driver for alternative methods of leveraging what has traditionally not been seen as space for living.

Stay tuned for future installments in this series on China’s urban future.

All images courtesy of Eric Phillips.

Several weeks ago, while attending a dinner with several colleagues from around the world, I was asked, “What inspires you?” Left with memories of a recent trip to Bangkok spinning in my head, I reached for my iPad to give those at my dinner table a quick tour of one of southeast Asia’s most dynamic urban experiences.  The images I chose were not intended to depict the traditional postcard images dedicated to isolated moments or the historic monuments of the city. On the contrary, the inspiration I spoke of was found in the experiences that existed in the “gaps” of the traditional city structure — in the places and spaces where serendipity governed and the sights, sounds and smells of urban life ruled.

I am typically inspired by great urban experiences that are created by everyday people looking to live, work, play, love, pray, shop and eventually die in the world’s most extreme urban conditions. The modern-day cities of Asia support extreme urbanism that propels forward at a thrilling and sometime disorienting pace. Social, political, economic and infrastructural systems routinely collide, creating unplanned urban “gaps” and events that can be simultaneously stirring and sobering, exciting and mundane.

I also believe, contrary to many architects, that urban inspiration resides outside of the architectural and engineering marvels of tunnels, bridges and high-rise buildings. I believe that the most substantive urban inspiration exists in the opportunities created by the vitality of the left-over, marginal and un-designed spaces of the city. Existing in spite of the interventions we create, urban life like that found in Bangkok continuously finds a way to adapt over time, enabling the continuous existence of the city’s residents.

During my time living in Asia, I have had the fortune to visit Bangkok several times. During previous trips my engagement with the city was limited to tourist destinations, family fun and sporting events. While these trips were entertaining and very enjoyable, they did not provide an inspiration that altered my way of seeing a better city. These previous experiences had a certain distance between me and the Bangkok in which most of its residents live.

To give an example of the “real” Bangkok, it is important to describe an encounter I had with a young girl who was helping her mother sell vegetables and dried fish. Set in a narrow alley off the busy streets, the family appeared to live, work and sometimes play in a tight space, assembled as a live/work space and clearly transformed from years of mere survival. Approaching me with great enthusiasm for her family’s products, yelling “Hey, mister! Hey, mister!” the young girl embodied the essence of city life — active, energetic and commercially driven, all the while centering her aspirations on family and the building of a better life. In her eyes city life is not defined by the modern interventions of high-rise office buildings and mega-malls. On the contrary, urban life for her is about the street, the alley, the urban plaza and all the other in-between spaces where serendipity governs experience, where the sights, sounds and smells of urban life collide to create daily life. This is her real Bangkok.

From this encounter, I understood we must embrace the sometimes rough and crude reality of urbanism. We must embrace the urban intelligence of this young girl. If we can do this, it is easy to see that our obligation as architects, designers and urbanists is to build an urban future that is healthy and safe, that can fulfill the aspirations of the young girl, her family and the millions of urban dwellers like them.

As an architect, and specifically an architect living and working in Asia, I have the exciting opportunity — and the accompanying responsibility — to have an extreme influence on the evolution of some of the world’s most dynamic urban environments. However, I believe that we all must understand that the interventions that we create are not the answers to all the questions of great city life. On the contrary, urban creation — whether architecture, planning, landscape or urban design — is nothing more than a framework or a chassis from which urban life consistently evolves, changes, morphs and transforms. That said, we also cannot ignore the positive impact designers can have if we take the time to learn from what we experience while walking through the streets, interacting with the people and observing the mundane responsibilities of life. By embracing the experiences of the city, not just its physical grandeur, we can alter our ability to see the city in all its layered complexity and in turn design a better urban future.

In preparing these thoughts, I was reminded of the movie Hangover 2, when a character goes missing and a tattoo artist states, “Bangkok has him now. She’s not giving him back!” Inspired by a series of great urban experiences, Bangkok reignited my fascination for extreme urbanism and the splendor found in daily urban life. Bangkok has me now. She’s not giving me back!

Headline photo courtesy of Wikipedia / all others courtesy Eric Phillips